As mentioned in my last blog I was going to elucidate further on the letter that appeared in the An Carranach this month but there is not much to say about it after re reading it. Slightly disappointed that there were no signatures and thought the magazine did not print anonymous letters but I think one or two people are relieved as they did not see what they were signing up to. I love the way the letter writer cannot decide whether it is more important to defend the Trust or attack the two most democratic bodies in the community. Wonderful colourful language that does not make much sense and is based on perception. The glaring omission in all of this fracas/letters/petitions is that it does not address the issue of a meaningful local contribution in the involvement of the Applecross Trust. Note the careful choice of words, no mention of take over, no mention of influencing policy, just an idea of where we are all going as it would be easier to go together. I had already suggested in March to some board members that it would have been an idea to have an Applecross resident on the Trust board to improve communications but that was turned down, very pleasantly, because no one “local” could make dispassionate decisions about Applecross. I was curious to see that this argument was turned on its head when the members were rejected because they did not come from Applecross. I have to say that I like a good argument but its better fun to have to use your intellect instead of just emotions. I struggle to explain why I feel Scottish and why I have an affinity to this identity. It is not that we are better than anyone else but hopefully as a “nation” we still retain some of “ubuntu”. The “we are” is so much more important than the “I am”.It may be slightly rose-tinted but there was a tenement and crofting community in the past where the group as a whole was looked after. So this episode seems to be over for now and I am sure in the timeless history of Applecross it may not even register as an event, we will see.

Was not allowed to write this blog before I did some paperwork and that was accomplished with me sending off a couple of VAT returns this evening. Still got a mountain to do and will never get left so far behind again. Setting up systems that will mean I do not stress out so much in the future are already under way. I think my working practices changing this summer coupled with a little less energy has meant that several items were left off the “list” as not important. Unfortunately they became crucial but the backlog is being dealt with and deadlines will be met as I continue to catch up. Quiet, quiet times at the Inn over the last couple of days, mid winter coupled with snowy weather has meant there were 5 meals yesterday and 10 by lunch time today. Working tomorrow evening but intend to take some book work up with me. Reminds me of the last two winters/springs when there were external reasons for trade downturns. The Bealach repair and the Strome Bypass land slide. 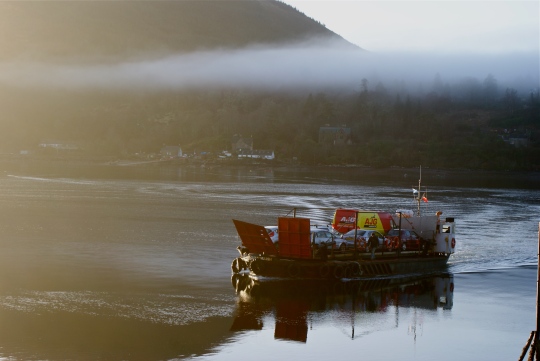 Dougal and Eilidh, his mum, are both recovering well from their operations and as a week is up I took them out for their first short walk along the Beechwood path.

News from the Community Company keeps coming. We are now able to tell every one officially that we have secured Village SOS funding to roll out the broadband throughout the whole peninsula and it is attracting interest from neighbouring communities,we may be able to help Kishorn and will if at all possible. This community structure is so non competitive and helping each other is essential as we will be far more sustainable together. A CCF package was announced last week which will concentrate on making the older houses more energy-efficient among other energy related ideas. These packages are employment related and this shows up our housing shortage if people have to be recruited from out with the community. Alison is off down to Edinburgh to put the Community Company case for funding for the Coal Shed pier. There may be long-term benefits in that transporting goods/fuel may become more economic by sea again. Yes things are never slow here.

Last nights ALPS meeting was very long but very productive. Huge variety of items discussed with many views put forward. Many different opinions expressed which did mean it was fairly time consuming but it will be good if the Pier goes ahead as that should contribute to the sustainability of the area along side the positive tourist aids and attractions. There are not many meetings where you talk about Hebridean barns, lime kilns,piers,paths and the Gaelic language, all in a couple of hours. 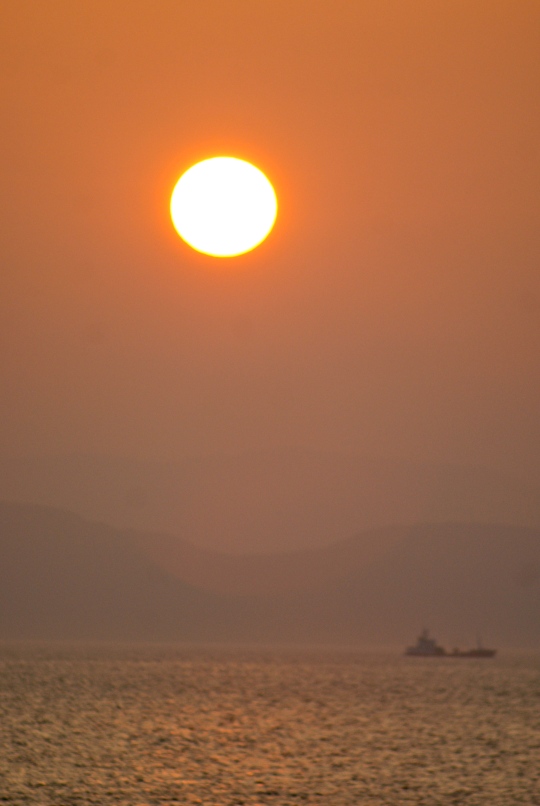 Traffic on The Inner Sound

On the way to work

Strome Ferry in the morning sun 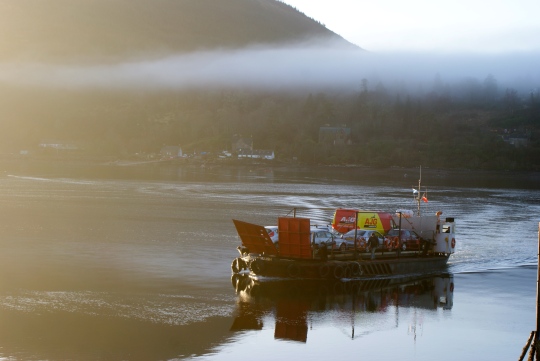