Community, Medical matters and a traveller.

Yesterday we met with a group from Minginish at the walled garden. This is a peninsula on the north-west of Skye and they have just established a Community Trust and were over to see us to get an idea of what was going on in Applecross. I joined in for about three hours after walking over the Tor Mor with Dougal and family. There were wide-ranging discussions about the ongoing problems in both areas. There are differences in population sizes but there are so many similarities. Some of the statistics quoted for Skye were quite remarkable in relation to the age demography of the island. There are areas which do appear worse and the Mishinish peninsula does seem to have an ageing population, falling school role and their shop and PO is on the market. Their income generator is the Talisker distillery as ours is the Applecross Inn. I have to say some of the discussions were mildly depressing in that so much of the solutions are out with our scope, land, housing and employment. I am not an advocate of young people staying here although if after a spell it would be great to see some come back. That is where the problems arise, unless they have family/croft connections there chances are very slim in establishing themselves here with house prices at about 10 times the annual wage. Community broadband will be a small step in the right direction as some people can come to live here and bring their own job. Tradesmen of any description can find work immediately and 100 people can live here without any one noticing any negative effect on the balance of the community. The Walled Garden is looking and smelling spectacular and the food was well complimented by the guys from Skye. Photos would have been taken but I had a mini disaster with my camera on saturday with it ending up in the sea. Despite leaving it in the airing cupboard in a box of rice there seems no hope. I have since moved over to a second-hand Canon 400D following a good deal in the local camera market. Although the cash side of things is annoying the waste is the thing that bugs me most but I do seem to buy second-hand technology these days and that makes up for my little excesses. 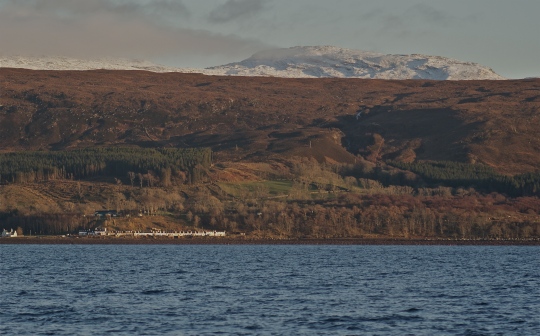 The above picture has ended up on a website that is part of an NHS advert for a new doctor. We are feeling a bit nervous now that Dr Mark has handed in his resignation and is heading off down to the Brecon Beacons. Always when these events take place it brings home the vulnerability of our area. There are very few practices of our small size on the mainland and with the cost implications every where there is always the possibility of budget cutting when there is change of personnel. The advert reads as though anything will be considered and we can only hope that the attractions of Applecross will bring in the right applicants. Of course we are back to accommodation issues if it turns out that we are to have a two salaried doctor option. A 24 hour medical service is a must for the survival of a place like Applecross if it is not merely to become a holiday destination.

The weekend was extra ordinarily busy at The Inn, especially on saturday evening. At the end of service at 9 o’clock there were still 26 people waiting to be seated and cheffie was still cooking at  9.45pm. He was not ecstatically happy but the food was as good as ever and that is why there are 26 people waiting to be seated at 9 o’clock. I am enjoying getting to know the regular visitors from around Europe. Previously I only did the Sunday shift and a few emergency ones and as a result I only had a passing acquaintance with many customers. But getting to know Matthais from Germany, Tom and family from Norway and Eric from Austria a bit better has been fun and bearing in mind that I have a son travelling round Europe I hope he is coming across as many pleasant people as the ones that visit Applecross. We get occasional emails from Bonn or Cologne, Paris and now Lyons where he is playing his bagpipes to anyone who will listen. Being a student he is using couch surfing as a means to get around. None of this was available when I hitched across America 30 years ago. I always remember the lift a got from a lady who said I was her first hitch hiker but as her son was hitching down to Florida she decided to pick me up and hoped her son would be well looked after. It would be a different world if we all did things on this level. This is the couch surfing photo advertisment. A bagpipe playing doctor in the family, who would have believed it. 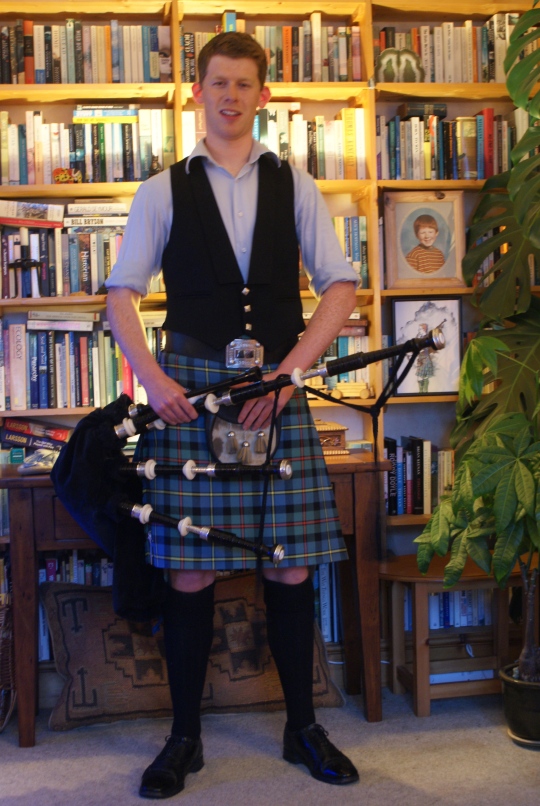