A Future for the SCFF.

After a good day’s fishing on a very calm Sound, just me, my thoughts and Radio 4. Hauled 400 creels in the knowledge there is a windy easterly for tomorrow and a trip to Inverness was planned. Not quite back in the swing of things and felt pretty tired by the end of the day and the rest of the day was taken up with cooking tea and catching up with Spiral on iplayer. There was a fair bit planned for the trip east and it was with a bit of trepidation as I headed to the meeting on Church Street. The new Creel Federation has been going through some serious birthing pains, although maybe, as it has already been born, it is suffering from post natal depression. There were a series of e-mails that were sent around the group that were obviously passionately written but I wish had not been sent. However they have been and to everyone’s credit after three and a half hours we still have a Scottish Creel Fisherman’s Federation. It has been a while since I have left a meeting in such a positive frame of mind. There are huge problems ahead but hats of to the guys who were able to iron out lots of “stuff” and were able to deal with and accept each others differences. I was at the meeting with the aim of staying positive, looking to the future and somehow trying not to blame anyone for anything. Kept James’ advice to the forefront and tried to think about what is good for the stocks and the fishery in the coming decades, keeping positive aims to the fore. I say it often and find myself being fundamentalist in my approach to solving our fishery problems but also am more than willing to wait for others to come on board rather than preach. Unfortunately that usually means that the fishery has to decline a bit more before fishermen realise the parlous state we are in. A shift in the market or exchange rates will do the same. Maybe it was ever thus. Hearing that buyers are freezing live prawns as there are so many on the market is a warning that all is not well. There was so much talked through, the problems up till now, how to deal with them in the future, try to keep the Federation together, the potential adoption of a Constitution, funding applications,election of posts and a general exchange of information and views. There was  a bit of humour and even Dougal got a couple of mentions. It was good to meet one of the East coast Associations and hope that the one on the West does not pull out as every one will lose out if they do. A huge amount of work has been put into this new Federation and I sincerely hope it has a good future, after today’s meeting ,feel a bit more confident about that. Because of our experiences in Applecross regarding our little issue over land I am hyper aware of personalizing issues instead of dealing with them and it will be very difficult, maybe too much to ask of guys that were not there, to move on but here’s hoping.

Back to the van and John and the rest of the Inverness trip kicked in. Never have gone to the place for one thing. It was off to the upholsterer’s to pickup the Inn’s stool tops and have a laugh at the Toscaig chair. Travis Perkins was the next stop to pick up John’s wood. He had to saw it as the TP guy was n’t allowed to for “health and safety” reasons. Gaelforce to buy some rope for my recovered fleet of creels, wee Co-op shop and round the back to take delivery of a micro wave for the Inn. Headed off down Loch Ness to the Loch Ness Inn,(a lot of thought in the name) to deliver the best and freshest of langoustines. Great to see their prominence on the menu board. If only other eating establishments did the same we would all benefit. 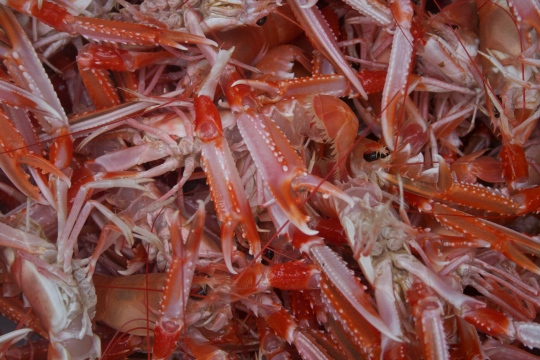 Took John in to see front of house and had a wee chat with Jenny who told us a bit about the history of the place before Judith and partners did the place up. 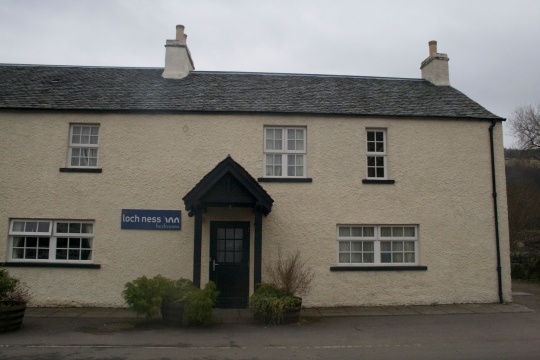 After decanting the langoustines into  trays, making sure there were no fatalities, none after two weeks holding so all good, picking up another box for the Inn it was off home over the back through Beauly and Marybank. Just the unloading of the van and a quick catch up on the gossip of the day and home for tea. 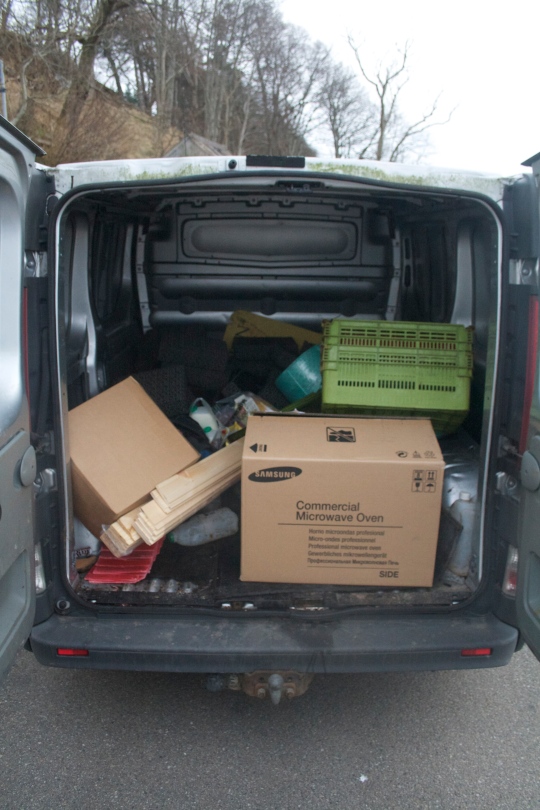 When I was in the Co-op today I could not get out my head the images I saw this morning of a video of how chickens are dealt with and the processes that they go through to end up on our table. The most striking part was this machine that brushed up live chickens and sent them off on a conveyor belt and seeing them crushed into trays, still alive….end result although this was directly connected to Asda I could not bring myself to buy any chicken and have decided to go four days a week pescetarian. I do like my meat but cannot eat food that is treated so disrespectfully, better late than never.