Alzheimer’s and a Full Day.

A trip to Broadford on monday to visit and leave some pin-money for my mum at An Arcasaid. She has been there and before that at Graham House, Dornie for close to ten years now. Alzheimer’s has become almost as common as cancer with most people knowing some one or some one’s relative who has the condition. For me it has been a strange process in dealing with the “problem” but at the same time realising how fortunate that I live in the NW Highlands. My mum gradually lost the capability to look after herself after my Dad died and this manifested itself in her repeatedly saying that her memory was really poor and she kept writing everything down so she knew what was going on. It is a shame but she kept writing the same things down as she kept forgetting them. There is a sort of sad/funny logic to that. Finally when her home help could not be sure of her safety she was admitted to Graham House. One of the jolts that I felt witnessing her “decline” was the day she asked if I had a family, at the time she was surrounded by photographs of our four boys. While she was heading for Graham House I felt guilty in not being able to look after her. She was renowned for nursing her elderly relatives when she lived in Kyle, a granny ,great-uncle and two great aunts all died while I was in primary school. Looking back I did not enjoy growing up in what was essentially a Hospice for about ten years. So here I was shunting her off to a home. I was very surprised when going through the process to get the compliment from both social and medical personnel wishing that every one was as easy as me to deal with. I only went along with every one’s wishes because I knew what they were doing was for my Mum’s best interests. Staff at graham House and An Arcasaid were really good at putting my mind at rest as well, one saying that they loved their “job” but would really struggle to look after their own mum. I know I do not go to see her as often as I should but she does not know me now, and has not done so for probably five or six years, so I would probably be going for myself. My mum was fortunate she did not go through too much of an aggressive phase, with only a couple of spells that I knew about. I know every time I go and see her I always leave with a huge sense of admiration of the staff in both Homes in Dornie and Broadford. The staff genuinely love my mother and look after her so well, it is a vocation for them. When I left yesterday she was being spoon fed her lunch, like a baby. Everything comes full circle and her circle is almost complete. She used to look after people as a nurse and is now being looked after by like-minded people. NHS and Social Services get knocked by many people …never by me. 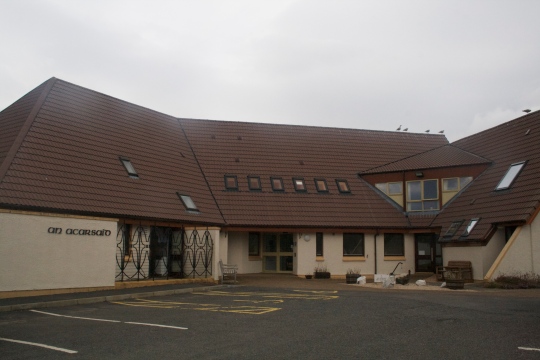 Monday had so much in it. Picked Andy up as he was heading off to his work, catching a train at Strathcarron. We talked non stop over the Hill and it was one of these spontaneous connections you come across quite rarely. Almost knowing what you are going to say and hear before you it happens. We both stopped saying “I know what you mean” before the second hairpin on the way down and just got on with it. A minute from the Station I mentioned that although we were driving for forty five minutes it felt like five. I am not sure we said anything of world shattering importance but it felt right…hard to put into words.

Nipped down to the Pier at Kyle and saw the fleet in sheltering on the west side of the pier from the easterly gale. Kyleakin and Broadford had their fleets tied up as well.

The journey home was filled with stops as I took some photos for another post and the trip back over the Hill brought you back to concentrating on what was in front of you.

Further on with the strong easterly blowing there were tricky bits to get through. 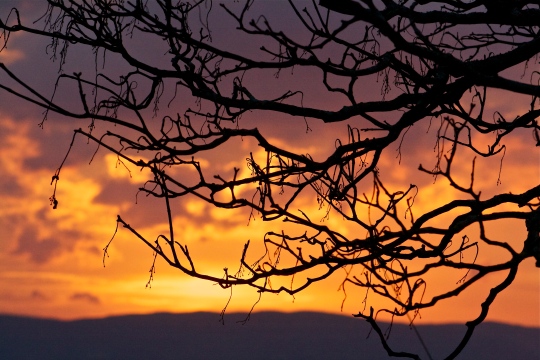 Long way round to Kyle.

A couple of days off for a bit of man flu so not too much to report on events here. We are just about mid-winter and should really be doing a bit of mid-winter hibernating but that cannot happen until all the paper work is caught up on. Underway but lots to do and with this in mind it was off to Kyle and a visit to both banks with some success. Headed up to An Arcsaid to drop something off to my Mum’s but could not stop as I did not want to give everyone my bug. Hill is blocked by 7 foot snow drift and is being filmed by the follow-up Channel 5 prog that was on last spring about winter conditions. A very opportune way of saying to the world and Highland Council how important this line of communication is to the community and its economy. Going to Kyle by the Coast road is not the best way to get there as you head away from your destination for the first half hour of your journey. A call in to Shieldaig for a really good massage and an interesting chat after.  A thought crossed my mind on the way home and it was connected to some thing that I said at the CES interview when talking about living in a small community. I have always said that you need far greater social skills to live in a small place as everyone knows everyone and you have such a small pool of people few to choose friends from. I realised that the only thing wrong with this is that we only think we know each other. There would have been many raised eyebrows if today’s post treatment conversation had been overheard. It is fun sometimes having views attributed to you by people who have not crossed your path for several months but still seem to know what your thinking is on certain subjects. These trips out, I usually find tiring especially if the Hill is closed but although there were only a couple of sunny moments they were enough to brighten the day’s journey. Looking across to the north of Attadale coming into Lochcarron on the way you could help but admire the majesty of the scenery. And going up Shieldaig Glen in the early afternoon looking across the wee lochan, not a bad place to set up home.