A photo shared by The Applecross Heritage Centre jogged a few memories of me getting involved in some drift net fishing for herring on Loch Toscaig. We used to set the net from the eastern shore of the loch just off the pier  and have an anchor to the west, haul the net in the morning and take it into the old wooden piled part of the pier. then the laborious part began with the extracting of the fish from the nets. Helping on this day were Douchie from Toscaig and Alec Cameron from Ardhu. Donald Mackay from Raasay is also there. I remember him coming to all the FP communions in the area although that would have been in the summer. He did come to fill in at other times for Mr Murray so this must have been one of those occasions. My memory cannot pin it down better than probably the mid 80s, not too long after we arrived here. Bit of an age jolt to see all the men in the photo are no longer with us. 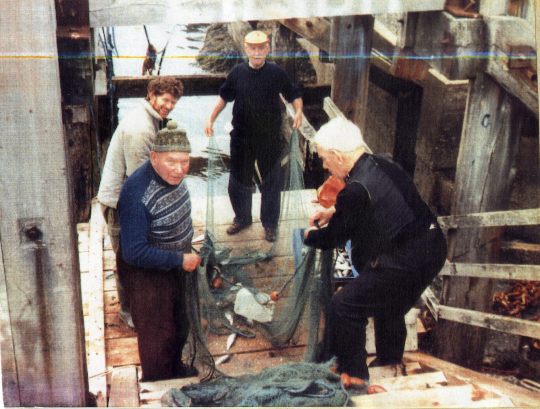