Back after a Technical Break

Been a wee while since posting but there have been technical reasons for this and it feels good to be back. When I was preparing to post a couple of weeks or so ago my iMac bit the dust. I had been warned about a filling start-up disc and had tried to delete various files but to no avail. As I was enjoying an episode on 4oD everything went pear-shaped. Took it to a Dr and it came back, fixed only for a couple of hours, but minus all the files. So now owner of a MacBook and finally with a bit of technical help can post and with photos. Slowly getting used to it as there seems to be techniques to simple things such as scrolling down that I am only finding out on a suck it and see level.

Looking back it is extraordinary what we get up to on the peninsula. Daily life goes on and, although routine, it is never ever boring. Whether it is meeting people at the Inn or going fishing there are always lovely people to make contact with or wonderful things to see 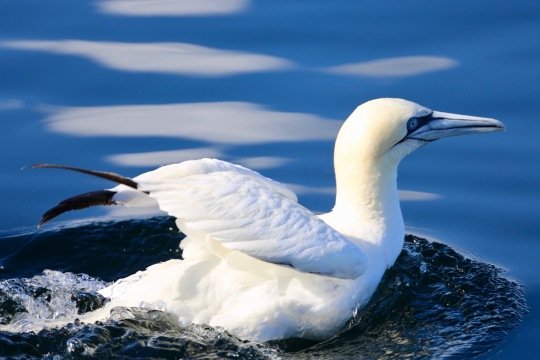 The banter with Geoff and Maureen over the last three weeks or meeting the family who just wandered in this morning are part of the daily tooing and froing. Certainly a bit of the English/Scottish involved but all at a banter level, not what I have been seeing on twitter this evening about Catalonians being beaten up by thugs for daring to vote for their Independence. As usual at the Inn we have a direct link to Barca and was told about the underlying current of fascism that exists in certain quarters of power in that country. Our source was quite definite about what has been known and talked about for years and now has been exposed on social media. I had to stop watching scenes of women being beaten up by men who were  wearing balaclavas and full riot gear. And they were the law of the land, makes you question how much you can take before standing up to authority that you believe to be wrong. Justice is an oft used word these days but there appears to be little on view. It was amazing seeing the restraint shown by the Catalonian populace in the face of such brutality.

The family in the morning hailed from Whitworth, N Yorkshire and I was treated to a wonderful word picture from an elderly gentleman who described a community of mills and workshops, neighbourliness and knowing everyone in the community. Very relevant in today’s world and how the Inn operates, unqualified help to anyone who needs it, whether it is simply finding visitors a bed to sleep in or sorting a breakdown. It is probably just me being in a positive frame of mind but for about ten minutes we had a lovely symbiotic and reminiscent conversation comparing the changes over the years in a Yorkshire mill town and a crofting township in Applecross. Sometimes a simple conversation can transport you across the moors to someones community that they are proud of and lets you in for a brief look.

until the last week where there was a serious dip in the haul. This coupled with poor weather forecast for most of the week means langoustine availability is going to be stretched this week. Only a couple of portions left as I had an early finish today and likely not to be fishing until later in the week. Just being at sea keeps ones sanity in the increasingly crazy world we live in. Making the most of the quiet days 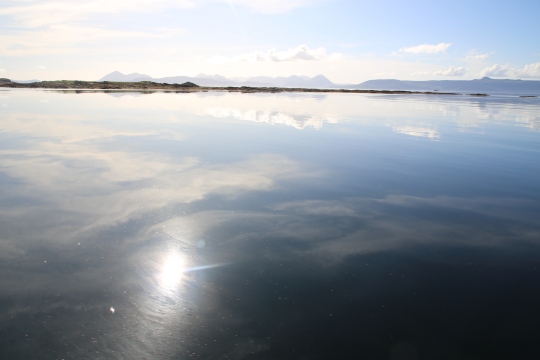 in-between the days of wind. There is a notable change in the air as it is now only after seven and it is wet, dark and windy outside.

Ashore and in tandem withe fishing there’s still plenty to do, cleaning the screen goes on,

sometimes in the dark as the day is shortening,

walking the dogs, although decided the Bay is a little too crowded with birds just now. some however do not seem to mind Dougal careering after them. The heron 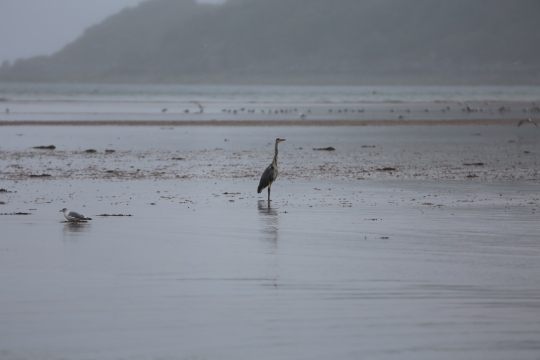 has a disdainful look as he surveys the relentless dashing about. Eilidh dives into the river yipping away, unusual, but then I see an otter swimming out to sea. fortunately she comes back on command as she would have stood no chance if the otter had stood its ground. It’s a cliché but there is so much to do and so much to see and so little time to achieve this……..and that is just in Applecross. So I leave you with one of the sunsets of the last fortnight. Feels like a season away.